The original 2020 eChallengeCoin sold out. But, it's back!

The 2020 eChallengeCoin REDUX is almost identical to the original. Thanks to the chip shortage, there is a small change under the hood. It is gold plated and 2mm thick, just like the original. It was not be possible to replicate the side plating.

The 2020 eChallengeCoin REDUX is available on my Tindie store!

If you already have the 2020 eChallengeCoin (or not) and want to read the story, Sara and the Deleting App is now available online. 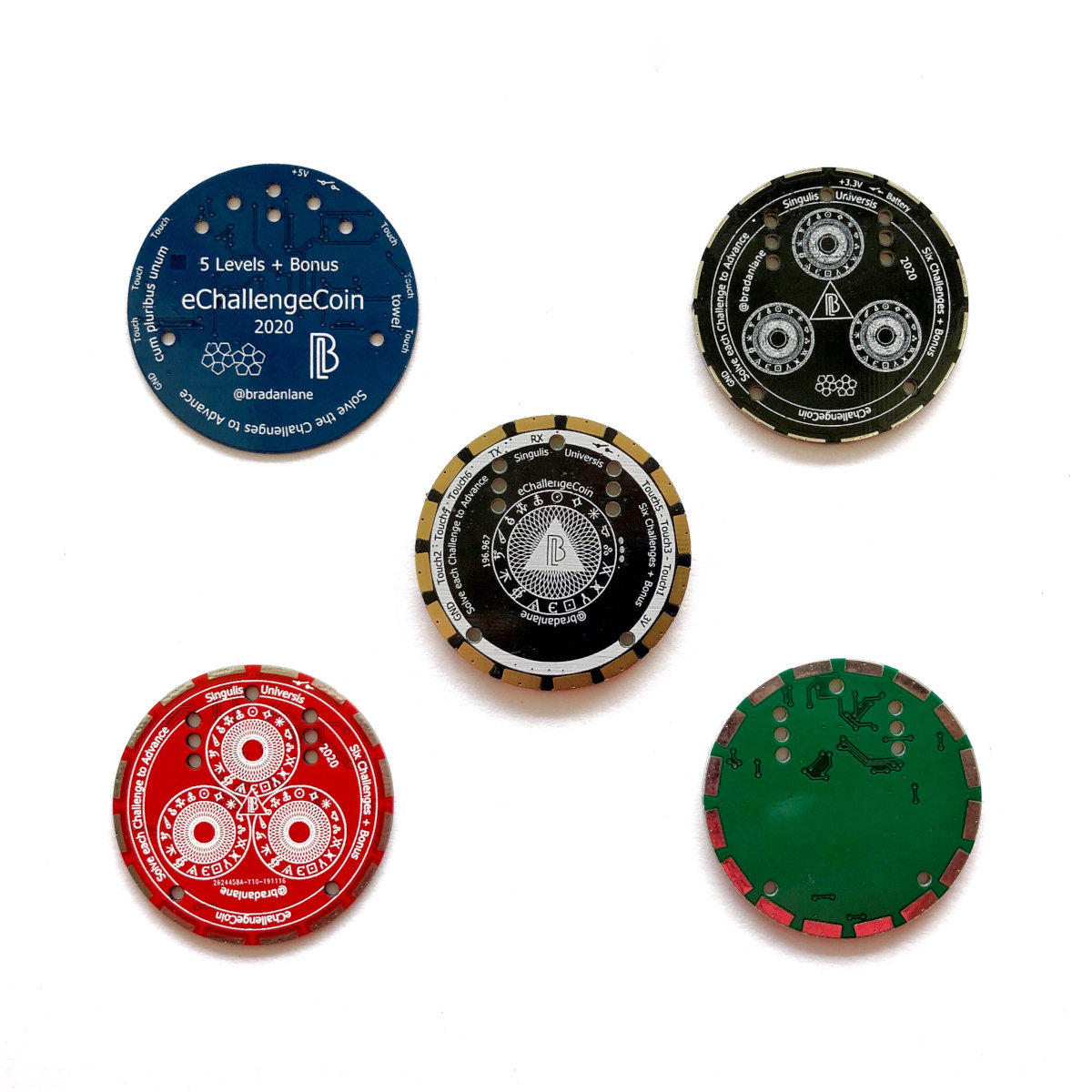 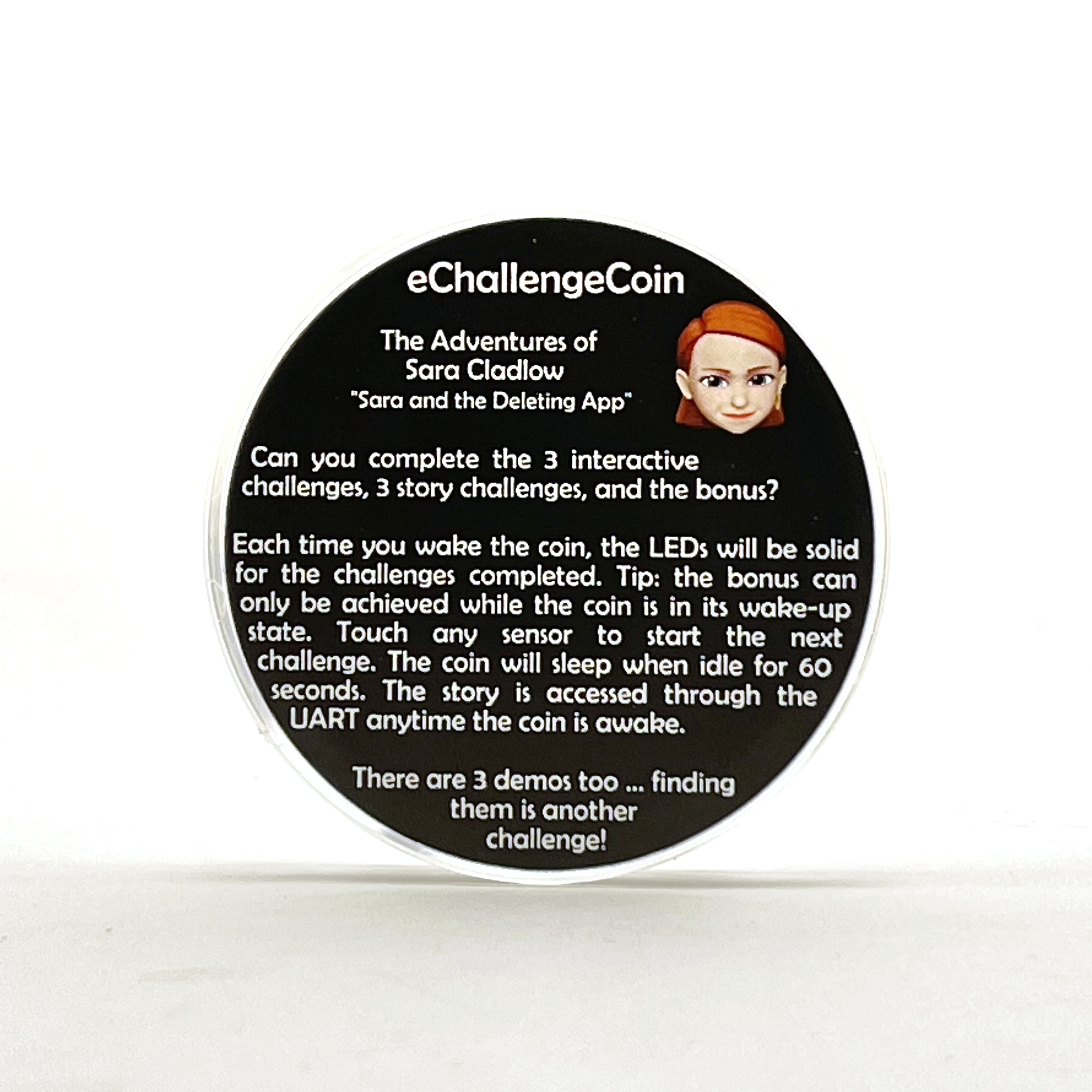 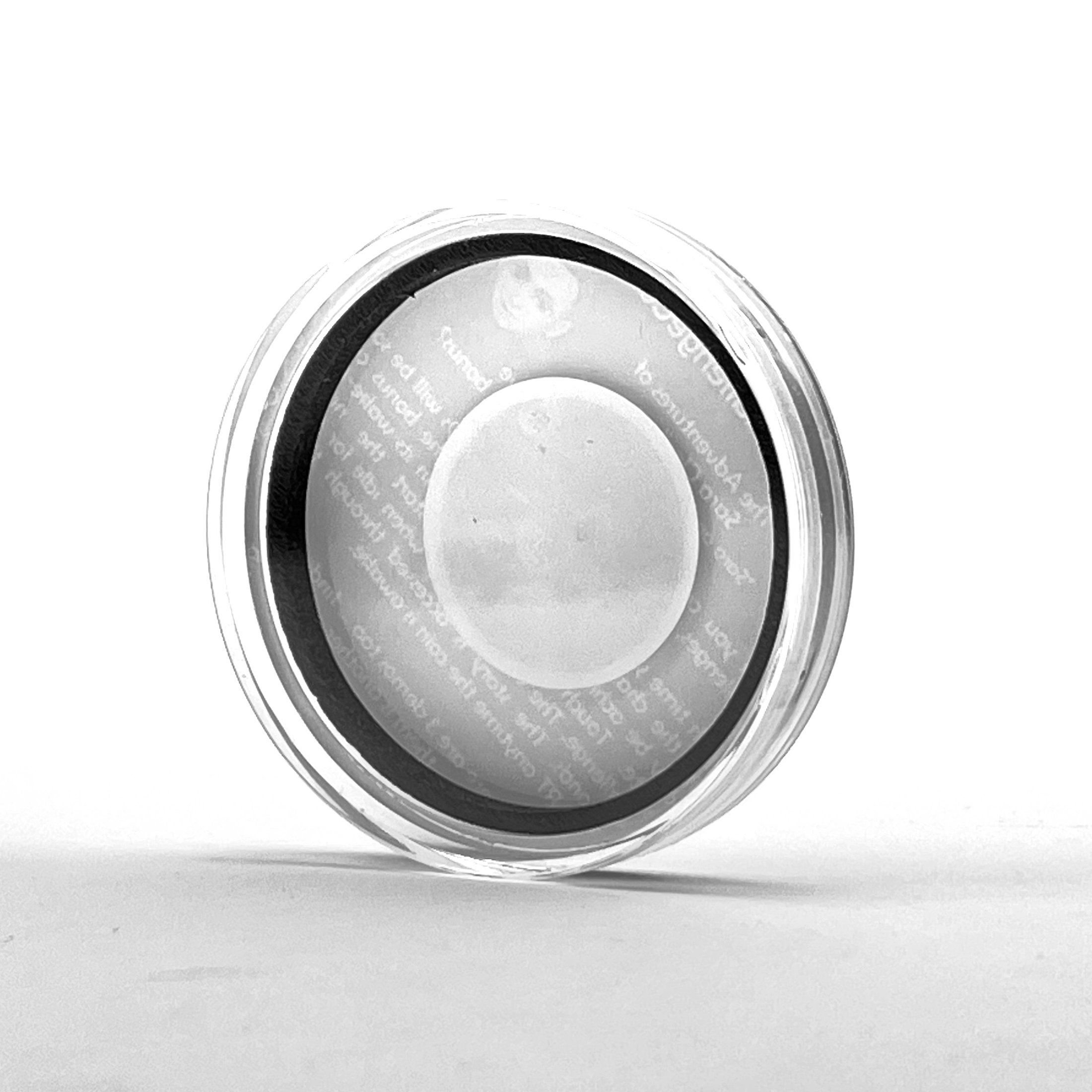 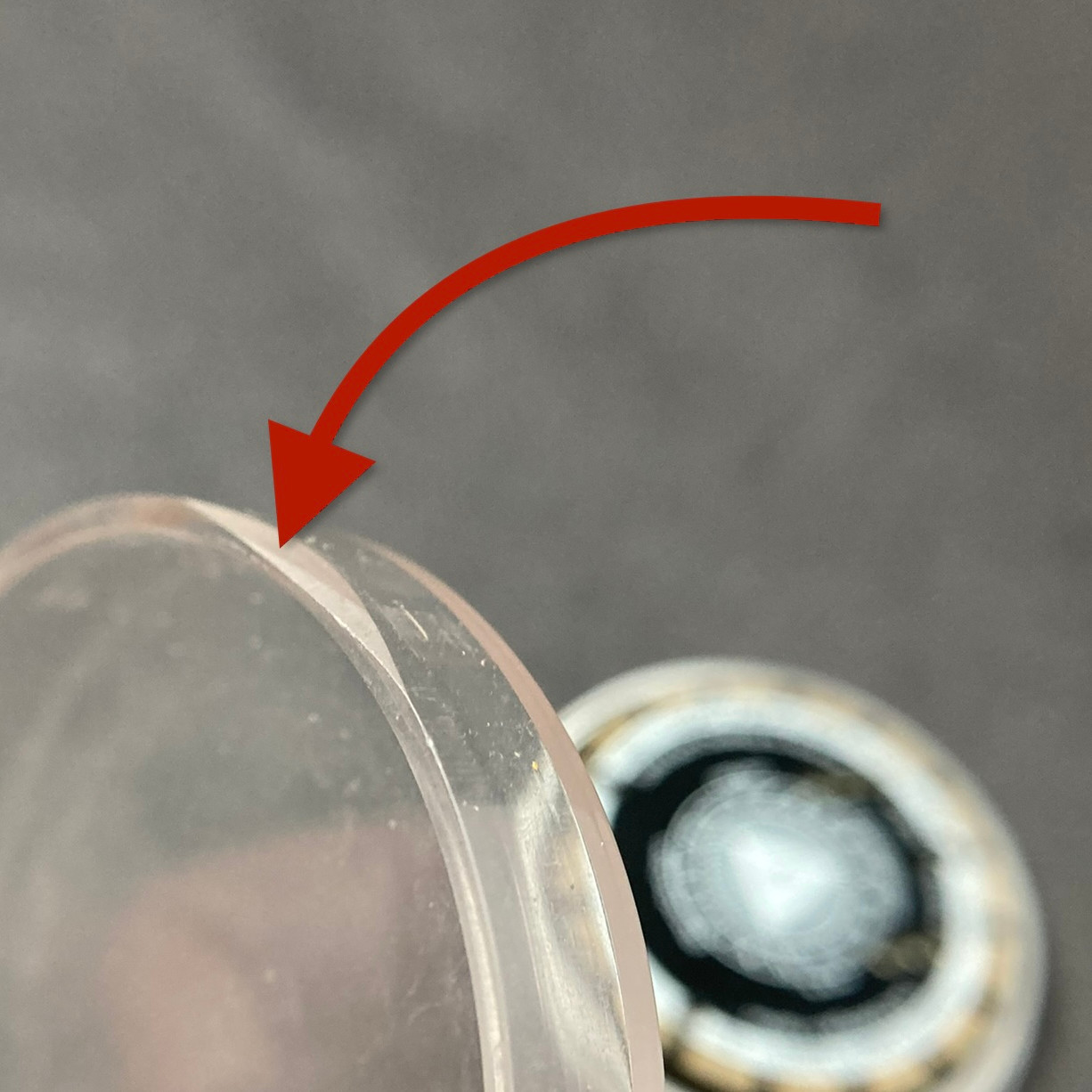 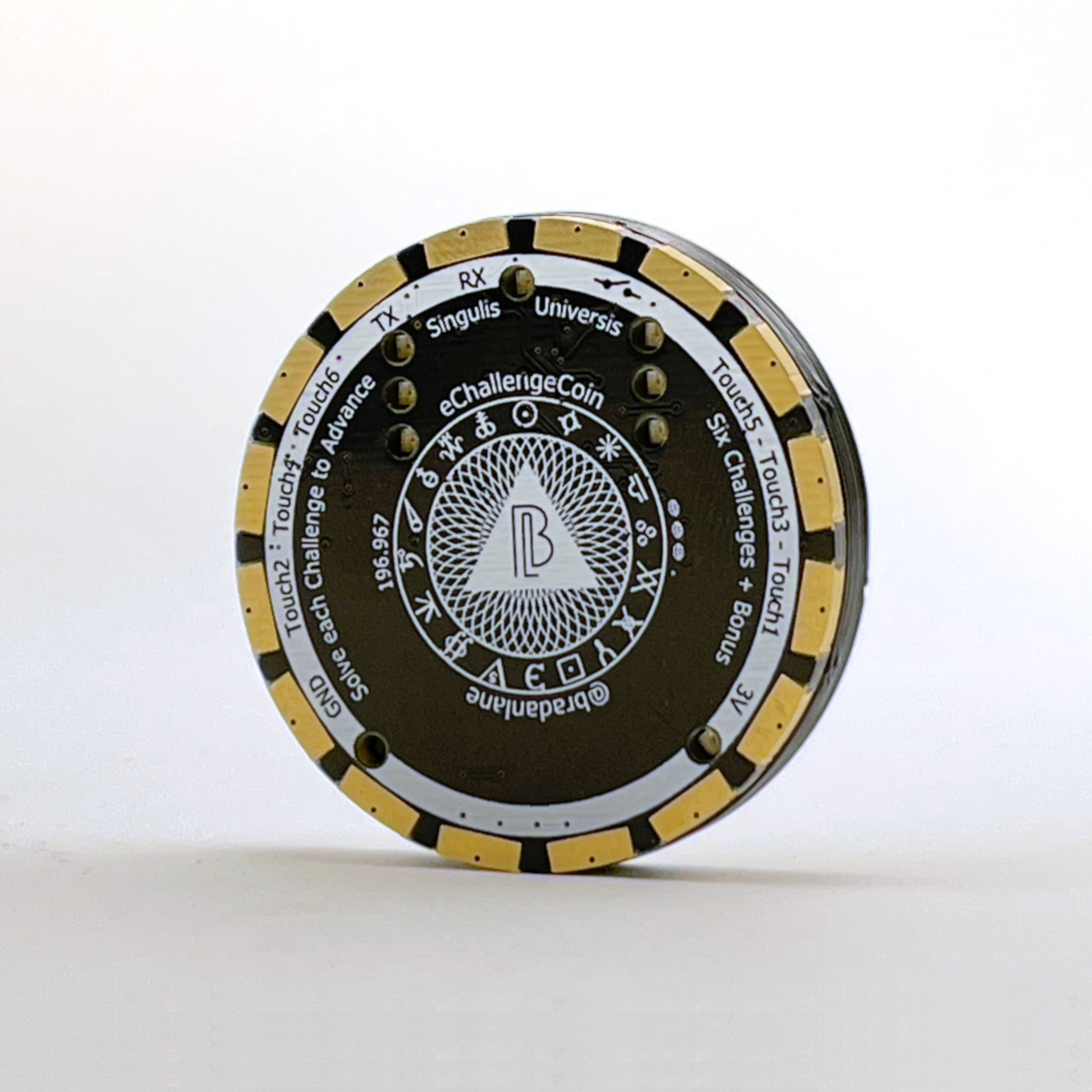 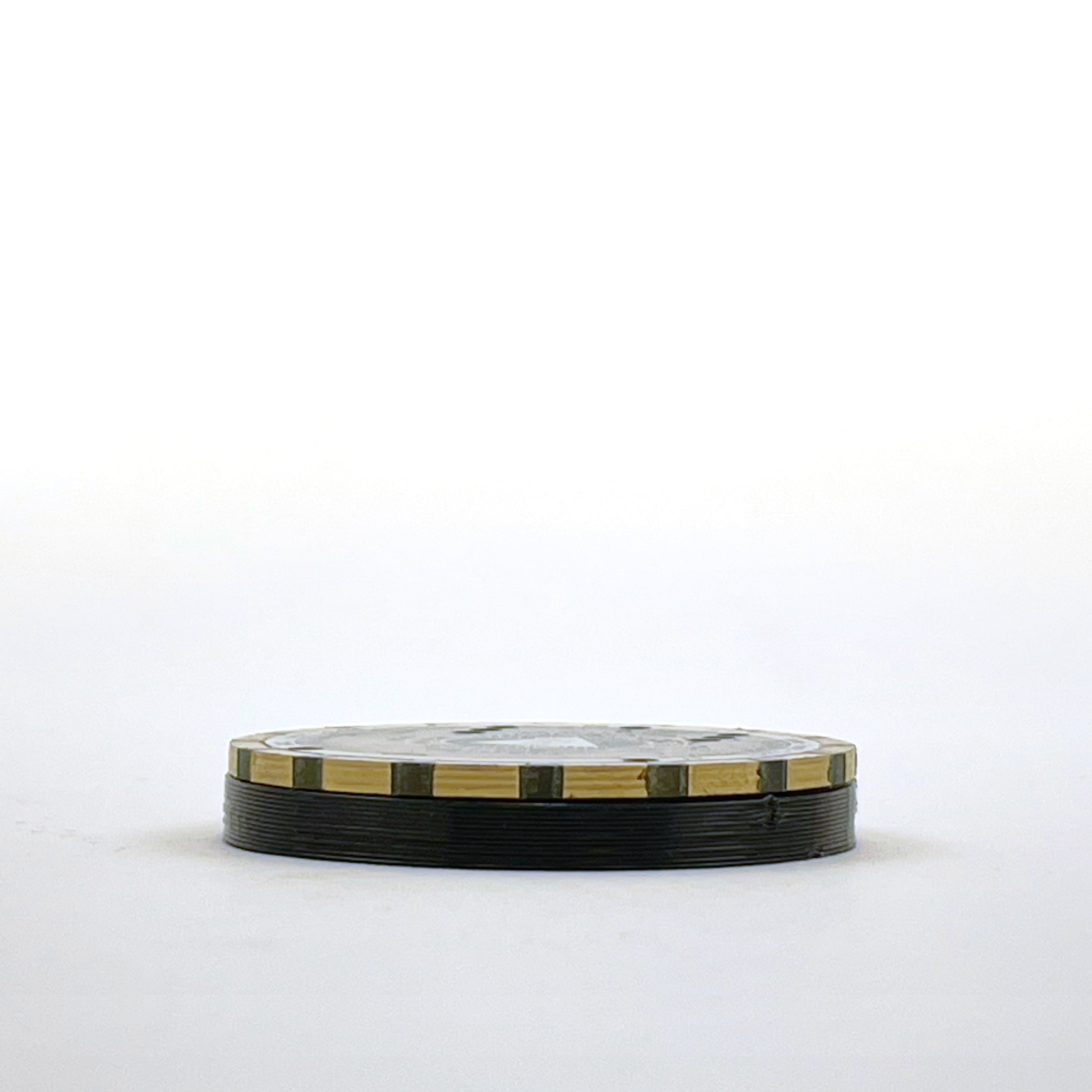 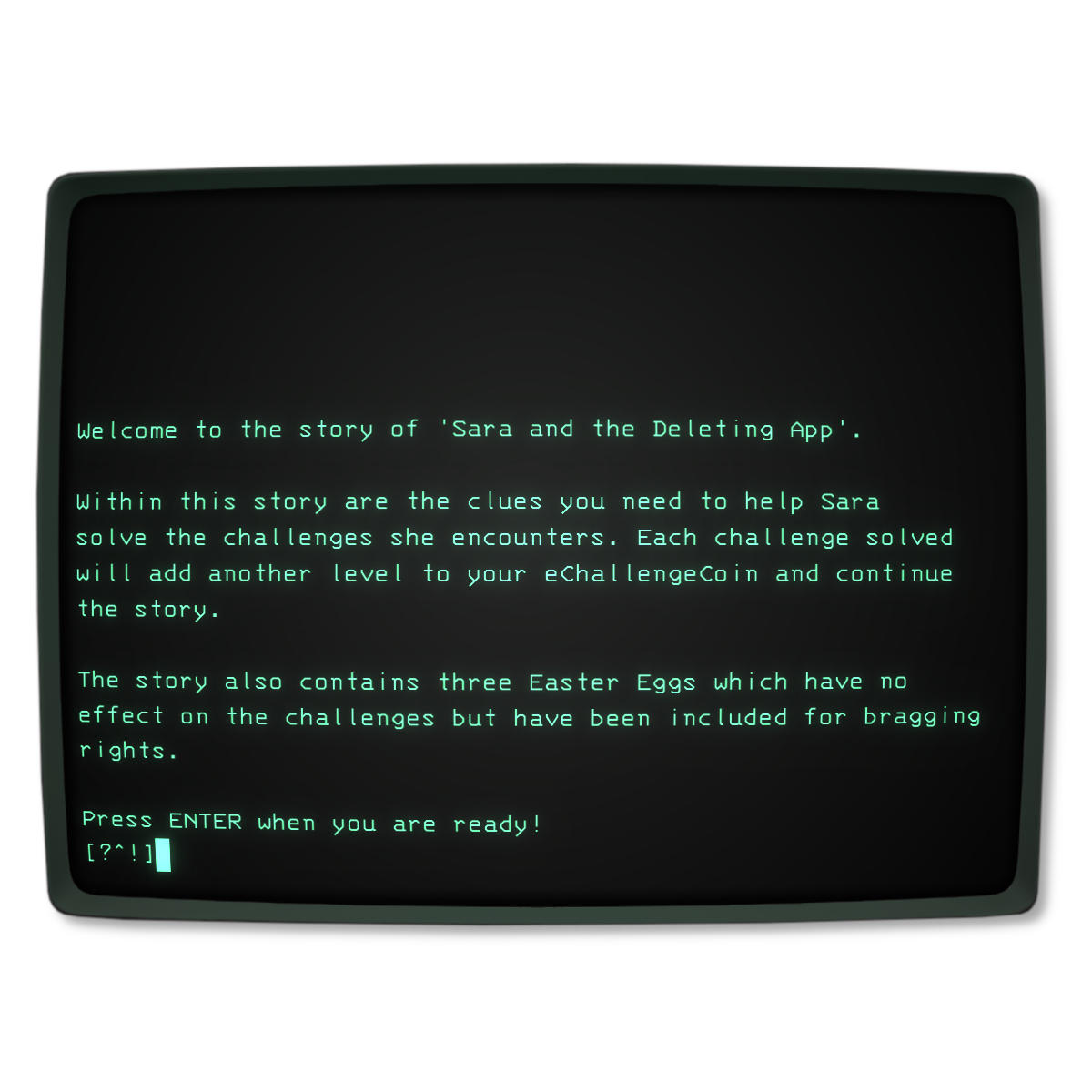 Sara and the Deleting App

Game #1 Hint:
It changes every time and you can take up to 59 seconds to touch each number in the sequence
Game #1 Clue:
Use your smartphone camera
Game #1 Spoiler:
Sorry, but the sequence is random so there is not one right answer
Game #2 Hint:
You probably already know it's Morse code
Game #2 Clue:
There are desktop and mobile apps which use their camera to interpret Morse light signals
Game #2 Spoiler:
The message is 'Use left touches for dit and right touches for dah and respond with YES' so the answer is 'YES' which is '-.-- . ...' so touch RIGHT LEFT RIGHT RIGHT, LEFT, LEFT LEFT LEFT
Game #3 Hint:
It's not Braille so what other encoding only uses 6 bits
Game #3 Clue:
It's the BASE64 alphabet directly
Game #3 Spoiler:
In Doctor Who (the new series S6E4) the TARDIS has a humanoid form and remembers being called SEXY. The challenge is entering the BASE64 bits for the letters. Write down all the touch sensors for each letter. Touch a single sensor and then keep adding the others until all the touch sensors for a letter are active. Then release them all. Repeat for each letter.
Story #1 Hint:
You would never use your own 'personal security number' as a password or lock code
Story #1 Clue:
The French generate a number from a person's gender, date, and place of birth
Story #1 Spoiler:
The door code is the first 7 digits of Pierre's INSEE = 1690702
Story #2 Hint:
Pierre's dog's name is an anagram
Story #2 Clue:
The letter blocks are in the right order and they use a Vigenere cipher
Story #2 Spoiler:
The deciphered text is: 'privacyli keeatinga ndbreathi ngisoneof lifesbasi' and the missing piece is 'crequirements'
Story #3 Hint:
Find the source of the quote
Story #3 Clue:
The author of the quote has a username on Ars Technica
Story #3 Spoiler:
Edward Snowden goes by the username 'TheTrueHOOHA' on Ars Technica (you can enter it in all lowercase)