The eChallengeCard is CANCELLED. Wait?! What?! Read on for what happened. 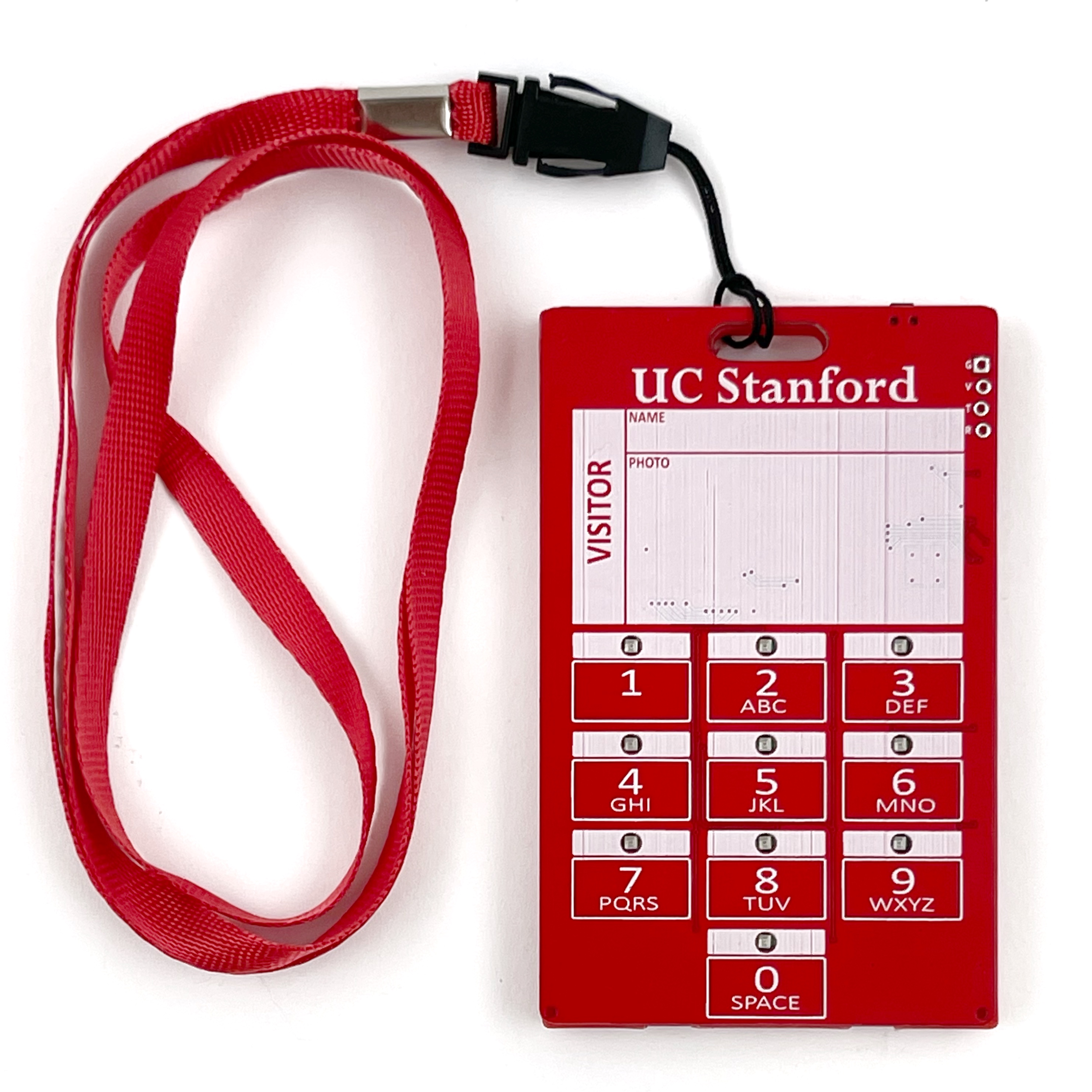 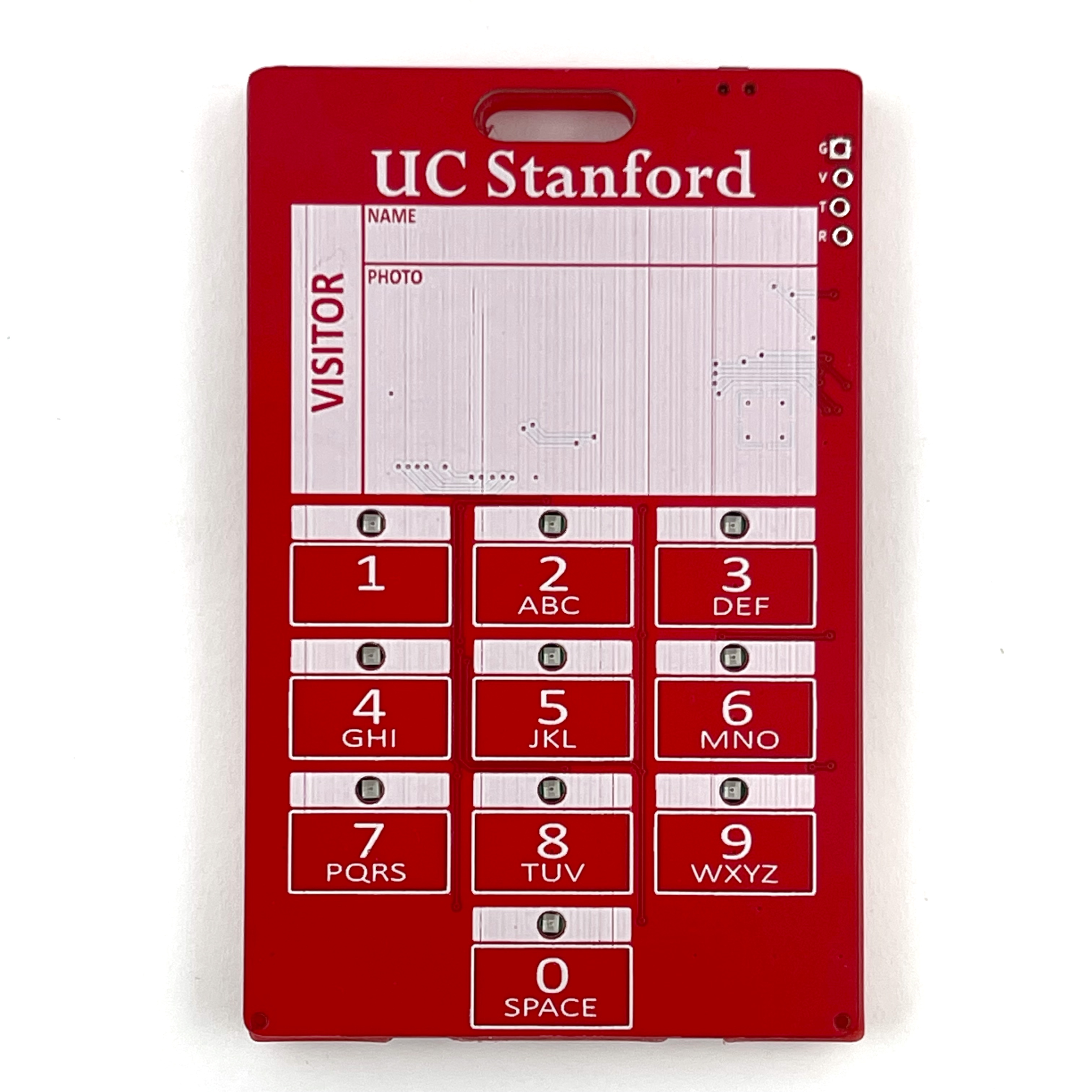 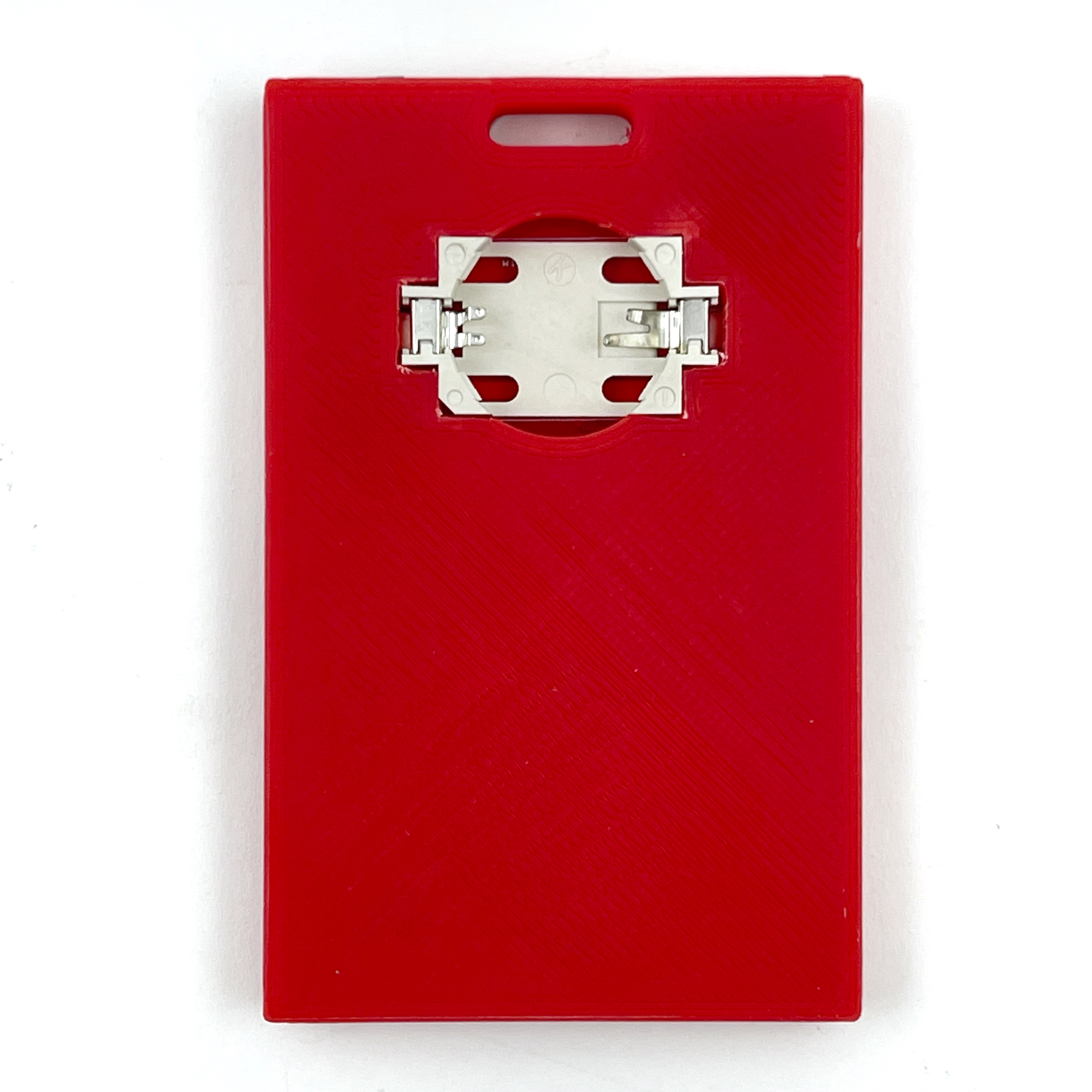 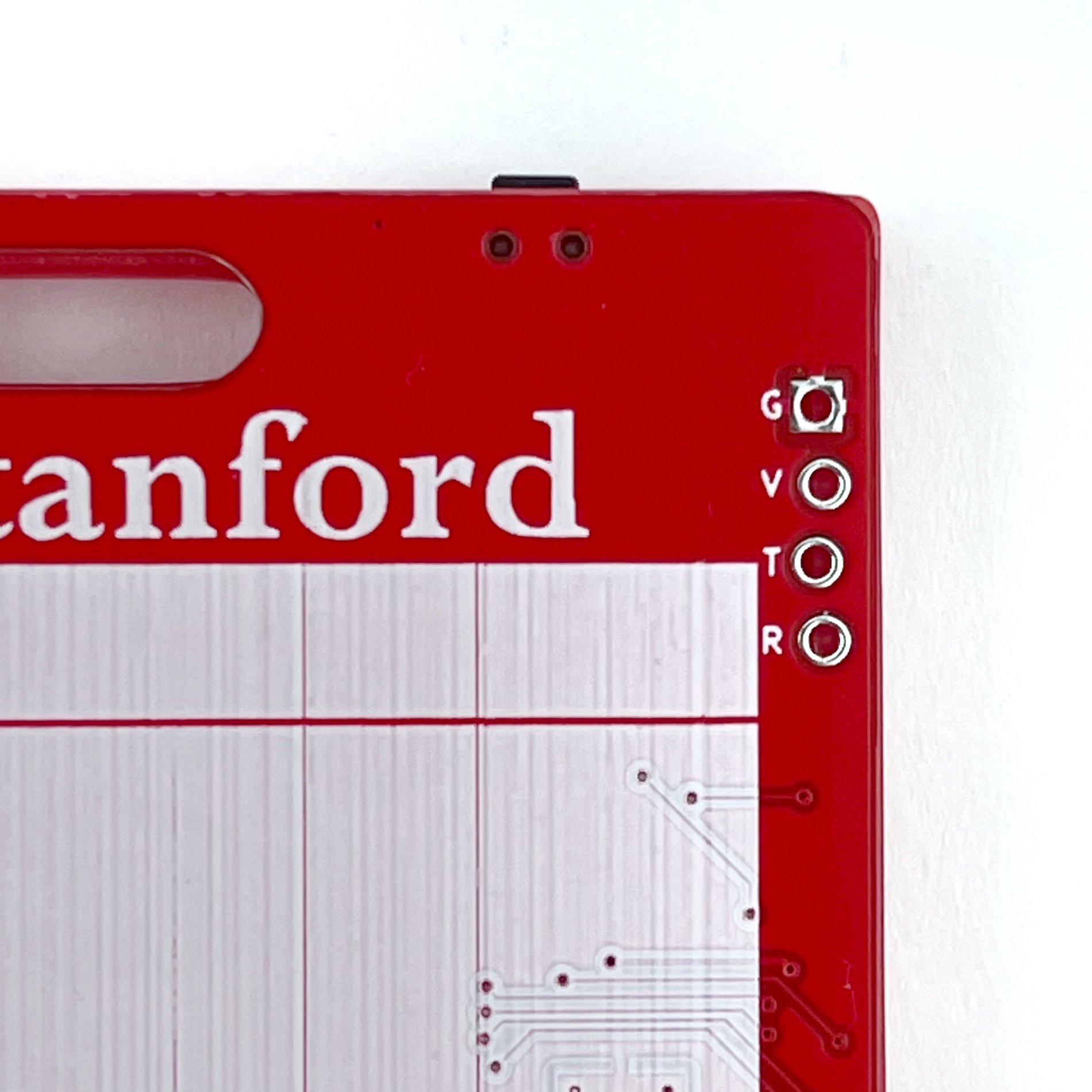 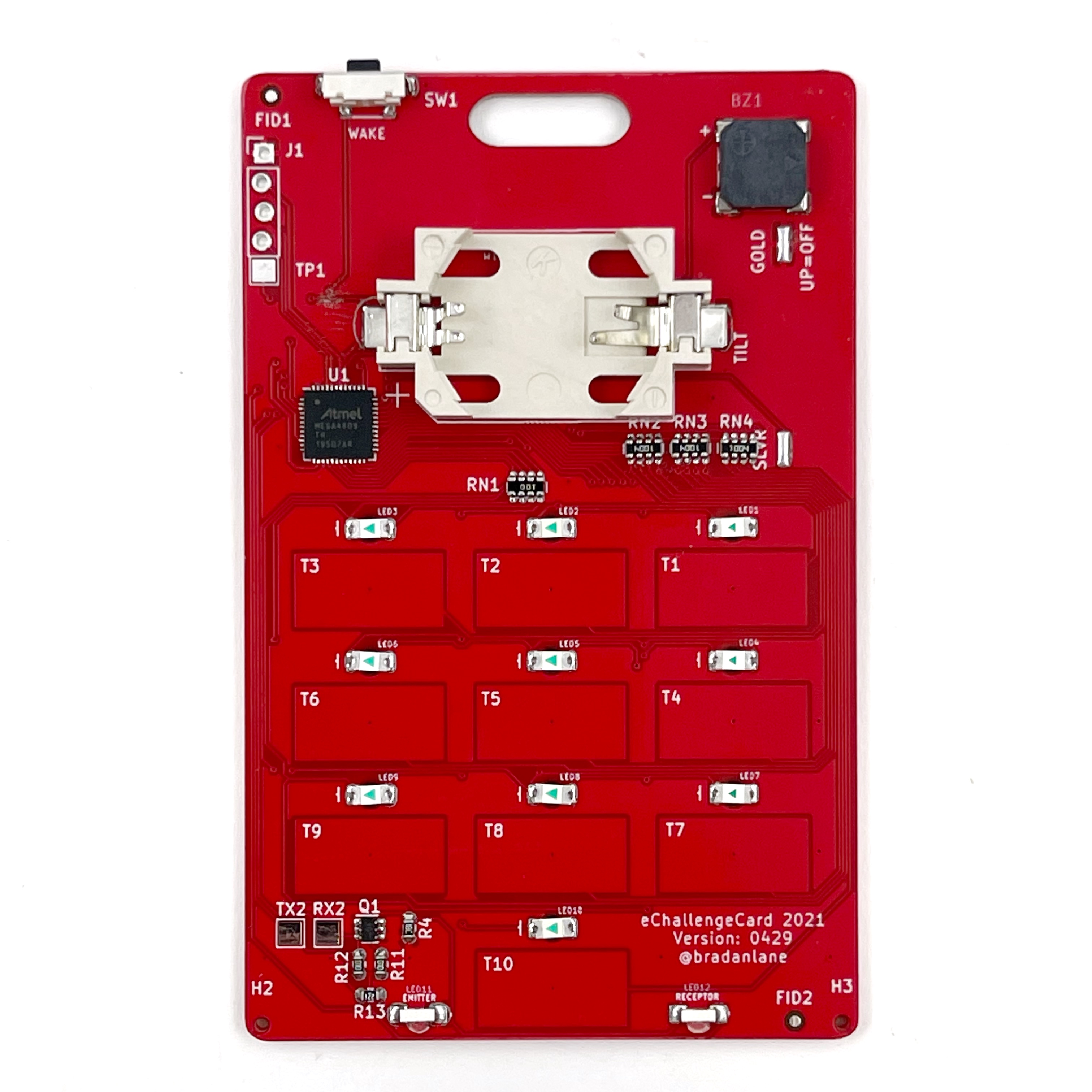 The eChallengeCard was conceived for the 2020 Hackaday SUPERCONFERENCE which never happened. To be honest, the eChallengeCard was not ready anyway. This gave plenty of time to work on several upgrades. The components were updated - which turned out to be a good move given the chip shortage - and the ECCCore was re-written for the new chip. All of this work was used by the 2021 eChallengeCard.

From a features-and-functions perspective, the eChallengeCard has 10 touch sensors and 10 LEDs. It also has a 7.5mm piezo buzzer. This combination provides for some fun challenges and for playful demos. With 10 touch sensors, and a piezo, the touch demo now has musical notes in the key of C. There are a couple songs possible with the available notes!

The interactive challenges use a combination of the touch sensors, the LEDs, and the new buzzer.

The story challenge is Sara and The Chemistry Quiz. Sara visits here best friend from university and they quickly get up to their old mischief!

The story is accessed through the 9600 baud 8N1 connection on the upper right edge of eChallengeCard. The four pins are labeled G-V-T-R for ground, 3V, transmit, and receive. (Don't forget to connect 'transmit' on the eChallengeCard to 'receive' on your UART adapter). It only outputs line-feed so you may need to configured your terminal to add the carriage-return. The eChallengeCard may be powered using the 3V and GND pins. It will tolerate up to 3.3V.

There is a tactile button on the top edge. This is the 'wake' button of the eChallengeCard. Pressing the button during a demo will put the puzzle back to sleep. You will know the puzzle has recognized the wake is active when all LEDs flash once. Pressing the button during an interactive challenge's 'clue' phase will flash the LEDs and then immediately skip to the 'answer' phase and wait for the user input. This may be helpful when attempting a challenge again and it has a lengthy clue. You will know the eChallengeCard is skipping to the answer phase when all of the LEDs are illuminated. Once you release the button, the LEDs will go out and the eChallengeCard will be ready for you to answer the clue.

When the eChallengeCard wakes, it will show the current status. The status includes which interactive challenges have been solved, which story challenges have been solved, and if the bonus has been achieved. A solid LED means a challenge is completed and the next challenge is shown with a blinking LED. Touching any sensor will leave status mode and begin the next unfinished challenge. The eChallengeCard will go to sleep after a challenge has been completed or failed. It will also go to sleep if idle for 60 seconds. The idle time is extended to 5 minutes when in story mode.

We increased our production by 60% over 2020 but perhaps because of the hybrid CON we only sold 70% of what we did the prior year.

The good news is there are plenty of 2021 eChallengeCoins ... PLENTY!